January has made it one year since I’ve gone back out to work after being on my own for six years.

It’s been difficult, to say the least.

No matter how much I had expected it, heading back to corporate life has been a really difficult adjustment. And this is coming from someone who considers themselves very adaptable.

What are some of the challenges of going back to work?

Loss of flexibility with your time

If you’re on your own you’re accustomed working from 5 am to 11 pm. But you make that choice. You can also decide to take a nap during the day, or forget work and head to the beach, or decide to meet someone for brunch.

Back in a corporate environment, you’re likely to lose all that. If you’re in an environment that allows remote work or flexitime, even that may be under threat.

The loss of control of my time has been incredibly frustrating.

More work for no consequent return

In your own business, you work harder, you’re likely to get a better return.

Not so if you’re working for someone else. You might have a steady pay, but if have to work harder to meet (sometimes arbitrary) timelines, with no change to that pay, it feels demotivating.

It’s heck to manage others

I was a solopreneur. An army of one. A lone ranger. You get the point.

One of the reasons I chose that life was to not have employees and deal with those sorts of issues. Now that I’m in a management position I have to deal with those issues all the time.

Sure, I like mentoring and helping people grow, but when your objectives hinge on others doing work and it’s not getting done, it’s like pulling teeth.

You hear it all the time in corporate statements. “We need to be more entrepreneurial”.

No one in a corporate environment wants to be entrepreneurial because no one wants to take a risk. It’s always about playing it safe and covering asses.

Many, if not most, of the skills you learned as an entrepreneur would be unutilised in a corporate environment. If you want to maintain those skills, you better keep or start your side business.

In my own business, I may not have been doing well, but every day I would feel as though I’m making progress towards something better.

Too many days go by where at the end of the day I feel like I’ve accomplished nothing. Speaking to others, they generally feel the same way too. There’s a saying for that where I’m from – “Spinning top in mud”.

As a corollary to the previous point, you often end the day feeling as though you have not grown either. At least not in the way you want to.

Too much of my daily routine is doing what others want, and not so much in doing what you want. Sure, I may be learning something here or there, but not what I really want to learn.

I no longer have any control on what I want to do. Which brings me to my last point…

And this is essentially the killer element of it.

In your own business, you get to make the call, even the wrong ones. You don’t need approval from anyone to get anything done (as long as you don’t affect your customers).

Now, you have to deal with bureaucracies, mandates, “emergencies”, and other things that just rips the control out of your hands.

Having control is an important part of finding happiness where ever you work, and losing it is a bit demoralising.

These are my own pain points, but it won’t necessarily be yours. Your experience may be very different.

I often feel like I’m being a bit whiny here complaining about actually having a job. But is it so wrong to feel as though you deserve better? 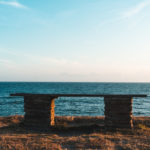 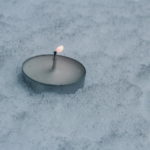 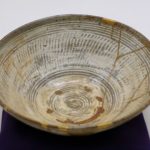 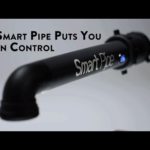 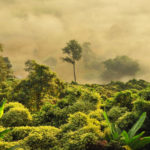