You are here: Home > Philosophy > By the sweat of thy brow, thou shall eat bread

For those of you familiar with the bible, you would know that the title is taken from Genesis 3:19.

I’m no bible beating person, heck, I follow no religion, but I do follow some of the teachings taken across a multitude of them. This one verse (or half a verse) I’ve always taken to heart.

You see I’ve always believed that you need to work for your gains. It doesn’t have to be back breaking work, but it has to be work. And that’s how I live my life. I work hard, sometimes long hours, in the expectation that I can make a proper living (eat food).

But looking at much of the world’s wealthy, many of them are becoming wealthier merely because they are wealthy. Now I have a problem with that.

I have no problem with them becoming wealthy from the work they did, but to afterwards put your money into some “wealth management” company to “make your money work for you” seems to be going against the grain of what we should actually be doing.

Having your money work for you, is just making you richer because you were rich to begin with. Shouldn’t we become richer by providing more value to the world in which we live. By being productive and getting a return on that production?

Perhaps I’m thinking with a scarcity mindset when it comes to wealth, but I do think that when wealth is skewed towards the very wealthy, then what happens to the very poor?

Then there are times when I do question the wisdom of “sweat of your brow”.

There’s a man who walks up and down the street by me selling belts, undergarments and other things, in the hot sun all weekend (and probably weekdays, but I’ve never noticed). I’m sure he’s doing a lot of sweating; is he getting a proportional gain in return?

I know the value of that service is not as great as a doctor’s or an engineer’s (although it’s probably more that a politician’s). But it serves to point that some of the disadvantaged may have to work many time harder just to survive as compared to the very rich, who need not work at all (because their money is working for them) and is just becoming richer by the minute.

Perhaps there are people out there who can change my mind, but I think it would be better if there was a far more equitable distribution of wealth. Of course I expect everyone to be working equally as hard to achieve whatever wealth that they did get. 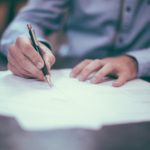 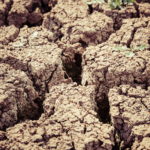 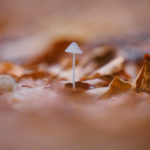 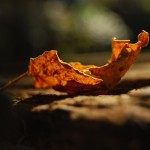