I watched a talk today, "The Hard Parts of Open Source" by Evan Czaplicki.

Evan is the creator of the Elm programming language.

I’m unfamiliar with Elm other than knowing it’s a functional programming language and that it’s open-source.

His open-source experience was the basis of his talk, starting with the negativity that open source creators often face. The discussion was less about open source and more about the community around it.

Now, while I’m a user of open source, I’ve not been a contributor. Not that I never wanted to, I just don’t feel like I’m good enough to even think about that.

But that’s a story for another time.

Anyway, back to Evan’s talk. He discussed how the way that communities are set up either allows negative comments to get in, or causing miscommunication of the intent of the comments. His main idea is that we should have communities set up that sets a default environment whereby people can have more constructive discussions to build the community.

The talk got me thinking a lot about the default settings form much of the environment is designed. From sites that keep you wanting more, or hotel paths that direct you to enticing areas such as the spa. That requires some contemplation.

For now, Evan’s talk was very enlightening and I very much encourage you to view it. 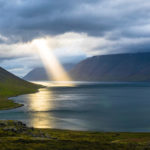