People have complained about it to which my usual response is, “Well, fuck you, then.”

I don’t often direct the language to any particular individual, although I have at times. I often wonder why people choose to be offended when the words are not directed to them in any way. And I say choose because they can have a choice on how to react here.

And yes, I can also choose my words. But we’ve continued to allow people to go around being offended by other people then demanding those people change to suit the offended.

People who are offended by obscene language do so on some basis of morality or value system. Yet, I would see these same people watch movies, or even have conversations with friends where the same words are being passed, and not bat an eye.

It seems that the words are offensive depending from who it’s coming.

Seems like everything these days need to come to you quickly.

The number of things we want to come to us quickly is growing.

In business, they want quick results, incentivising such, resulting in people doing whatever necessary to get those immediate results without thinking about the repercussions or the long term sustainability.

Most people would say that the people who did the act had a choice, and it’s true. But how many of us are put into positions where we felt that we didn’t have one.

The culture of an organisation is essential, and the incentives play an important part in the behaviour of those who work there. Businesses need to reevaluate many of the metrics and incentives that they have in place. These should always work to encourage people to behave ethically and do the right thing first.

If COVID-19 has shown us anything, it’s what is most important to us, and what others think is important. Don’t let others rush you and set your behaviour. Slow it down, and ask yourself if this is the right thing to do.

Personal change is hard. It’s even harder trying to change an organisation’s culture.

I hear many companies talk about culture change because they need to be doing things differently. What they mean is changing the way people act. But they try this without looking to change anything about the organisation—no change in the processes or the policies in place.

What this says is that they want the people to behave differently, but don’t want to change the environment that currently governs how they are supposed to act.

This is why most culture change initiatives fail.

Now some of the efforts may cause some short-term changes just by brute force, but soon the behaviours revert. The status quo is a fierce force to fight.

In my organisation, I see efforts for change fail, but that’s because there’s no change in policies or procedures. And efforts to change them falls flat. There is just little buy-in from the people above to drive the change.

I’ve spoken before about bringing change in thinking by first changing behaviours, but this requires that people have the freedom to change. Too many times, I don’t see that happening. It’s like management expects the change to happen simply by will, then get upset when it doesn’t happen.

They keep on making the same mistake time and again. That’s the definition of insanity—doing the same thing over and over again, but expecting different results.

Today a coworker and I were lamenting about how many people try not to tell the truth about how things like projects or other operational items are going. They’ll all try to put a positive spin to make it sound that all well when in reality it’s all shot to shit.

This happens a lot during audits, where people try as best a possible to hide any skeletons that may exist. The most activity to occur in term of ensuring that almost every control is checked is just before the audit is carded to start.

Now maybe that’s the expectation: that the audit is not meant to catch us not doing the right things, but determine that we know what the right things are. But probably not.

I believe we should try to be as truthful and as transparent as we could be for everyone to see. It will hold us accountable, and as a plus, if anyone sees us struggling, they can provide support before it becomes a problem.

But this is hard for people. No one likes to be the bearer of bad news. So they keep the bad news as quietly as could be until it can be resolved quietly, or can no longer be kept quiet.

But these secrets come at a price. Because we don’t fess up and try to make amends, we never really learn. As a result:

So do yourself a favour and tell the truth. If you need help giving bad news, this is a helpful article.

In corporations all over, there’s a habit that people pick up – referring to other people as “resources”.

It’s incredible to me how easily this has traversed and permeated through the organisation, like a blight. It’s used at every level in the hierarchy, and people don’t see it.

I personally hate the term.

I have nothing with the word, once it’s being used to refer to things like money, plant or equipment. But once you start calling people, resources, you dehumanise them. You are mainly thinking of them as fungible and replaceable.

Why is this bad?

It’s bad because once we no longer see the people as people, we treat them less than that. And I see it happen, where people are treated as simple cogs in the machinery, and if one is broken, we’ll replace it out with a new one.

It reduces the agency of persons to improve their relationships and find ways to improve someone if they are not performing. I mean, why would you make that effort if you can just change them out?

And worse that phrase, “People are our most valuable resource.” Again, something for the corporation to exploit.

Most people would agree that their spouse is important, but no one is going home to make love to their most valuable resource.

So let’s choose to stop using that word. We can make people more personable once again by calling them just that – people.

Engagement in the workplace continues to be a big thing in organisations. It’s still a hip thing for human resources departments everywhere to be pushing.

For those who don’t know, employee engagement is where employees feel connected to the company and workplace so that they continue to be highly productive and do more. It’s been a management fad since the 1990s and continues to this day. Annual surveys come out attempting to measure employee engagement, while managers are pushed to implement initiatives to increase engagement.

But let’s get it straight, it’s less about the wellbeing of the employee and more about the contribution to the bottom line. I can’t help but find the approach hypocritical in many cases.

I believe if we treat people right, challenge them enough and help them grow, then they will be engaged. If we ensure their work is purposeful and fulfilling, they should want to continue to work, right?

I know for sure that engagement does not happen when you mandate attendance to “team-building” events. Or surreptitiously monitor people’s contributions to office events.

I don’t know; they didn’t teach me that in school.

During this time of COVID-19, it might be useful to implement some things to ensure the wellbeing of your people, and at the same time get some engagement from them. 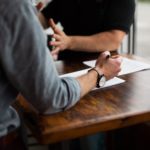 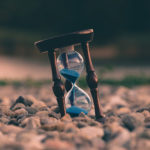 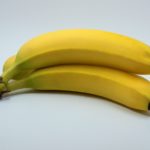 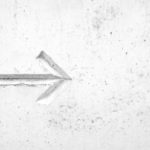 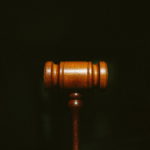