* indicates required
You are here: Home > Personal Development > Five Things That You Could Learn From Anya Ayoung-Chee Back in October, 2011, Trinidad and Tobago raised (she was born in New York, USA and moved to T&T when she was two) designer Anya Ayoung-Chee won Season 9 of Lifetime’s Project Runway. Needless to say, all Trinbagonians revelled in win as though it was their’s as well.

I don’t consider Anya to be any sort of role model, but I thought about the win and lots of the events leading up to it, and found some lessons that we could learn from it. I wrote this list way back then, but only now posting it; the lessons still remain.

#1 Be true to your nature

Anya stayed true to her Caribbean roots, even maintaining her Trinidadian accent as she spoke where others would usually put on a fake American accent.

Lesson: Be who you are, not what you think others expect you to be. Too many people spend too much of their lives pretending to be someone else thinking it would make them successful when that could find success being themselves, and be a whole lot happier too.

#2 Don’t depend on support of others

Anya’s mother was heard saying after project runway that she had expected her to win and thought she would get third or fourth. Even during the show, you could see that Anya was independent in her thinking.

Lesson: Don’t depend on others to help you succeed to give you the confidence to do so. Ensure you are putting things in place for yourself to succeed.

Anya only learnt to sew mere months before the start of project runway; when she applied she didn’t yet know how to sew. Yet she continued to come ahead of the other contestants, eventually winning the contest.

How many times have people said to themselves that certain things need to be in place before they do something – get a degree, start a business, even start a family. Anya showed that you don’t need to have everything in place for you to go after your goals.

Lesson: You don’t need to be fully prepared before you go after your dreams, just have the basics to get started, even if is just a passion, you can learn the rest along the way.

#4 Find inspiration from what you know

The clothes that Anya created had a Caribbean look and feel to it. The final piece itself was called “Tobago Love”. Rather than trying to design for New York, she instead designed based on what she knew.

Lesson: Start looking around you for inspiration for that next great idea. Take a chance on something different and you have no idea where that may take you.

#5 You can overcome adversity, no matter what it is

A couple years ago, Anya found herself in a scandal about a sex video she did with her then boyfriend (now fiancé). The video went viral and should have ruined her. She didn’t let it. A few days after the video was released she appeared with her boyfriend in public, posing for a picture for the newspaper. She chose not to be defined by that video, but overcame it, and has gone on to even greater successes.

Lesson: There will always be high points and low points in your life. You can’t always choose your circumstances, but you can choose your attitude towards them; choose a positive one.

What do you think? Did you get any lessons from her win? 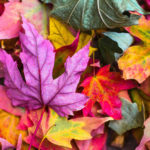 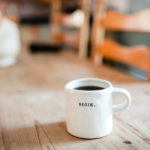 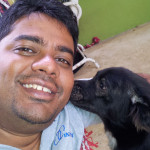 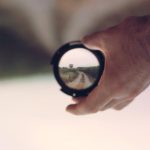